Raise your hand if you know someone that is a constant complainer.  There are so many people in this world that live in a place of blame and victim-hood day in and day out.  This unfortunate circumstance runs deeply on one side of my extended family.

What’s interesting though, is that these folks would die tooth and nail to prove that they are not at fault with anything.  Whenever there’s even just a simple disagreement, or a delay in service with a store clerk, it seems to never be about the complaining individual.

The saddest part about all this negativity, is that these folks can fully remedy their own problems and negative feelings themselves.  They are simply choosing to blame in order to not feel any pain.

Let me explain how this works.

Whenever we are triggered into a negative emotion, it is because the circumstances have reminded our subconscious of a past hurt.  For example, as a child maybe you had a vivid memory with a parent in a grocery store.  Then in a grocery store as an adult, perhaps a situation was negative just like the childhood memory, so you feel those same pains as when you were a child.

The thing is though, our brains work so fast, that when we’re triggered with a pain, we hardly recognize the cause.  We simply want to get as far away from that pain as possible, so we push it onto someone else.  We blame the other person and we don’t own up to the facts of how we feel.

Every single time you are in an argument or want to lash out at another, it’s simply because there’s a deep part of you that needs to heal.

So every single time you are in an argument or want to lash out at another, it’s simply because there’s a deep part of you that needs to heal.  Something inside of you that is still buried and festering has been poked or prodded.

These folks I mentioned earlier that are constantly blaming and playing the victim in their own lives are simply trying to get away from those bad feelings.  And most of the time they’re not aware of it.

Why It’s Never About Them When You Want To Blame

Hurt people, hurt people.  Anyone that you are around who is negative toward you, it literally has nothing to do with you.  They are experiencing a pain that needs healed and they don’t know how to deal with it.

When you’re feeling frustration or anger, it’s a sign for you to look deep within and heal something too.  It’s actually a wonderful thing!  Our emotions can tell us exactly when to move, when to heal, and when to press forward on our exact path.

It just takes some increased awareness and realization for this concept to sink in.  Of course, it would be wonderful if you could wake up tomorrow morning, understand the perception of others instantly, recognize when and where your feelings are triggered, and then know exactly what to do about it … all without reciprocating any blame, losing power by playing the victim, or feeding the fire with disgust.

Prodded Perceptions At The Phone Store

I was recently in a store getting my cell phone service and internet switched over to a new provider.  It took 2.5 hours to accomplish.  I expected to be in and out of the store within an hour, no problem.  I traveled to the store instead of trying to figure it all together myself online and over the phone, waiting for devices to arrive, and setting up the connections, etc.

I wanted to be more effective with my time, connect with a real human being, and get out of the house.  So I traveled physically to the service store.

Upon arrival, I wasn’t the first person there.  One of the clerks was helping a young family get all setup with their new services as well.  So I started working with the other clerk that was available.

After a few minutes, things started to happen.  The first clerk, I learned, was new.  So my clerk had to constantly quit what he was doing for me and step over in order to assist the newer clerk so that everything went smoothly for the other customers.

No worries.  I waited patiently.  I moved around the store to find a device my son could play on so he wouldn’t become agitated at the wait.

When Things Start To Become Irritating

Then my clerk was locked out of his account access somehow as an employee.  So he had to call his supervisor that was out of the store for the weekend, and have him come in personally so that he ability to continue serving me was restored.

That took about half an hour for the supervisor to arrive.  No worries.  I completely understood.  See, I too have been a customer service person, working retail late on a Friday night.  I could definitely relate with this clerk working to assist me.

Sure, I had to breathe and remember that everything was just fine.  It’s just that I had some anxious feelings creeping up; it was getting late past 6 pm and I still needed to get home to make dinner for my husband and family.  I knew they’d be hungry by now.

Then the supervisor arrived.  Here’s where things got interesting.

When Things Get Worse Than Ever

He got the clerk’s account authorization fixed, then actually took over because the clerk’s shift was over.  So he got my cell phone switched over and confirmed quickly, no problem.  I was thinking, “Awesome!  One phone to go and we’re ready to leave.”  I was wrong.

There was some sort of issue with my husband’s phone.  His number would not transfer over and the cellular service wouldn’t connect.  This was even a brand new phone right out of the box.  The supervisor had used the same information from our previous cellular provider that he used when transferring over my phone.  So the information was fine.

Yet, things still weren’t working.  So he apologized and stated he had to call his own customer support help line in order to have them look up information that he couldn’t access.  On his own cell phone, he was placed on hold at least five different times.

I started to have feelings of frustration creep up.  I needed to get home, and I also needed to have our cell phones fixed because it was the weekend.  I wouldn’t be able to come back for three days if this wasn’t taken care of now.

I still remained calm, polite, breathed, and remembered my awareness about how I was being triggered a little, and also chose to let it go.  That was after almost two hours had gone by.

Related:  Discover The Power of Your Mind In Creating Your Life

Just When You Think It Will Turn Around

Then, while the supervisor is working on fixing my husband’s phone, multiple people have come in the store that he’s trying to assist as well, while still on hold.  There was even a customer calling into the store, complaining loudly over the phone about a mistake that wasn’t even the supervisor’s fault.

I felt bad for this supervisor, way more than myself.  He was doing all he could, apologizing over and over, then also trying to speak politely to this irate customer on the phone in order to fix multiple problems that he didn’t cause.

Eventually, the phones got updated, connections were fixed, and we were able to go.  Yes, I was late getting home to a starving family.  Yes, I could have been terribly irate as well.

Related:  How To Can Reach An Ideal Well Being With This Simple Path

The Difference Between Negative Perceptions And How I Reacted

Now, if any other individual was in my predicament, I can easily imagine their gall at how long things were taking.

Take the customer on the phone for example.  The supervisor explained to me that this customer had come in the store before, drunk, purchased a phone, then left without it.  The man called back, drunk again, trying to blame the supervisor that he didn’t have his own phone, yet wouldn’t listen when he was told that he simply needed to come back into the store.

It was an interesting day for sure.

If I had let feelings of frustration well up, do you think it would have improved the situation?  Of course not.

That customer over the phone didn’t help the situation at all either.  No matter what the circumstances are in any situation, no matter who or what is, or is not, at fault … it’s never about “them.”  It is ALWAYS about “you.”

No matter what the circumstances are in any situation, no matter who or what is, or is not, at fault … it’s never about “them.”  It is ALWAYS about “you.”

My feelings were mine that I was choosing to feel.  The customer on the phone, those angry spews were his own choice.  I am very glad to say that I did not add to the supervisor’s already stressed and tiresome evening.

Related:  It’s Not About Them, It’s All About You

Food For Thought For The World

Can you imagine how much better our world would be if we were aware of such perceptions that go on in our own head?  If that customer owned up to his own feelings and mistake, that negative phone call would have never affected that supervisor’s day.

When you choose to recognize that the feelings inside of you have EVERYTHING to do with you, you’re ability to overcome disagreements, filter unnecessary energy, and respond to others ever so kindly will skyrocket.

I would love to see a day in this world when everyone clearly understands how their perceptions affect their lives and the lives of others.  Victim-hood would drastically decrease.  Negativity and heated arguments would cease.  And the ability to create connections of understanding with others would unfold ever so beautifully.

Sarah is a Life Strategist, Coach, Speaker, Thought Leader, and Influencer across the world. Listen to her signature Breakthrough To Your Beautiful Life podcast each week as she inspires individuals to remember their true dreams and find fulfillment without sacrificing what they love. 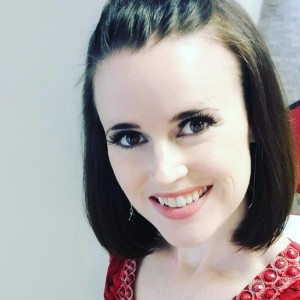 I help you when you feel lost, having succeeded in the "realistic" world, be able to create fulfillment in your life by finding clarity in your dreams, carving a path to get there, and doing so without sacrificing anything that you love. Let's find your flow!